Baltic Cruise from Helsinki to Stockholm

Day 1: Cruise from Helsinki to Stockholm

Helsinki, Finland’s southern capital, offers an abundance to see and explore. Found on a peninsula in the Gulf of Finland, Helsinki boasts maritime attractions as well as a stunning shoreline, archipelago, parks, and forests. It’s a rare capital city that allows such easy access to nature. Helsinki’s cultural heritage is also fascinating, with a National Museum tracing Finnish history from the Stone Age to present time, a contemporary art museum called the Kiasma, and the ornate red-brick Uspenski Cathedral overlooking a harbor. The varied architecture of Helsinki allows you to journey through the changing centuries from past to present. Or visit one of the famous public saunas for an insight into urban sauna culture and the Finnish people. Locals are friendly and usually fluent in English.

Your guide will meet you for a short Metro trip to the center of Stockholm and take you on a sightseeing tour. Stockholm travel is made easy with the efficient Metro system, which has also been called ‘the world’s longest art gallery’. You can see sculptures, rock formations, mosaics, paintings, installations, and more from a variety of artists.

With your guide, you will make your way to Gamla Stan, also known as the Old Town, one of the biggest attractions in Stockholm and a highlight of Swedish holidays. Gamla Stan was the founding location of Stockholm in 1252 and is one of the biggest European medieval city centers. Meander through the narrow, winding cobblestone streets filled with vibrant restaurants, cafes, bars, and many other attractions such as hand-crafted items and curios. The beautiful gold buildings are part of Gamla Stan’ s distinctive fairy-tale character. You can also discover underground vaults and Middle Age frescoes hidden behind the visible facades.

An unmissable stop on Swedish holidays is the impressive Stockholm Royal Palace which, with over 600 rooms, is one of the biggest palaces worldwide. It was built in Baroque style and formed as a Roman palace. Enjoy the daily ceremony of the Changing of the Guard as well as the soldiers’ parade. Spend time exploring the Palace’s Royal Armory Museum with its royal costumes and armor, the Tre Kronor Museum depicting the palace’s medieval history, Gustav III’s Museum of Antiquities, and the Treasury. Take the ferry back to Helsinki.

Helsinki is the final leg of your Baltic cruise from Helsinki to Stockholm. 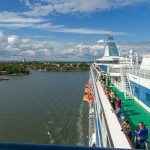 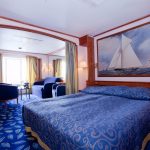 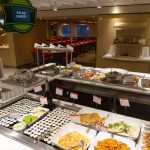