The Gorgeous Natural Phenomenon of the Northern Lights 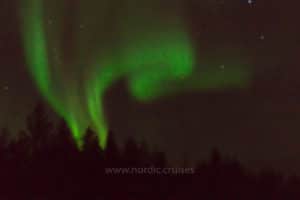 The Northern Lights are a breathtaking natural phenomenon that will make for a once-in-a-lifetime experience. When people think of going on holiday, they typically don’t think of going on a Northern Lights trip. However, if you’re planning your next getaway, consider Lapland. This is a premier spot to view them, and the bright lights stand out in gorgeous contrast to the dark, wintry Lapland nights. Legends have shrouded the Northern Lights in mystery for decades, and there are myths from all over the world concerning this natural wonder.

Depending on which area of the world you search for legends pertaining to the Northern Lights, you’ll get dozens of stories that generations have passed down again and again. This is what makes it so spectacular to take a Northern Lights trip; almost every culture has reference to them.

No matter which legends you’ve heard or believe, taking a Northern Lights trip is a chance to immerse yourself in several different cultures. You’ll be able to see something that is awe-inspiring, and all you have to do is travel to Lapland. While you’re there, you can partake in the many other experiences that this culturally-rich area has to offer and create memories that will last throughout your lifetime. So the next time you wonder where to go on holiday, consider the Northern Lights for a once-in-a-lifetime opportunity.